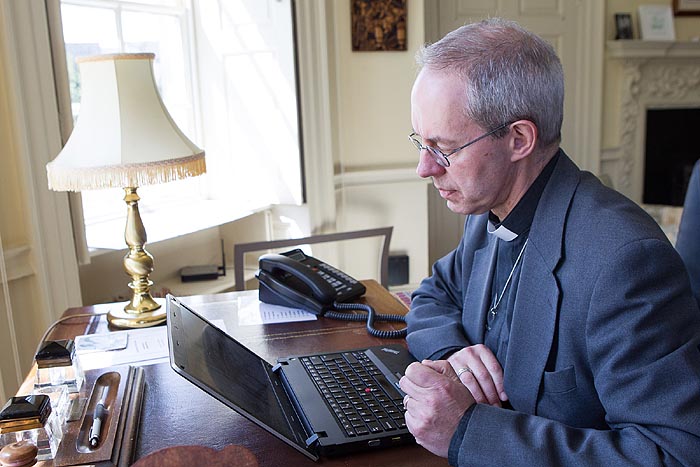 Six leading figures from the worlds of science, the arts and religion are set to receive honorary degrees from the University of Oxford this year, subject to approval by Congregation.

The degrees will be awarded at Encaenia, the University’s annual honorary degree ceremony, on Wednesday 25 June 2014.

The Most Reverend Dr Katharine Jefferts Schori, PhD, is Presiding Bishop and Primate of the Episcopal Church in the United States of America and 16 other nations. Over the course of her nine-year term, Bishop Jefferts Schori is responsible for initiating and developing policy for the Episcopal Church and speaks on behalf of the church regarding the policies, strategies and programmes authorised by General Convention. Bishop Jefferts Schori’s studies for the priesthood, to which she was ordained in 1994, were preceded by her career as an oceanographer. She holds a BSc in biology from Stanford University, an MSc and PhD in oceanography from Oregon State University, an MDiv from Church Divinity School of the Pacific, and several honorary doctoral degrees.

Now of course honorary degrees are a dime a dozen for senior figures in all fields of life. The fact that Jefferts Schori has probably done more to destroy contemporary Anglicanism than any other figure over the past decade is neither here nor there for Oxford University. We can’t expect them to do other than hand out gongs to whoever they want to. Really, don’t get upset about it.

But, do get very annoyed at this:

Archbishop Justin has welcomed news that the Presiding Bishop of the Episcopal Church, Bishop Katharine Jefferts Schori, is to be awarded an honorary Doctor of Divinity by the University of Oxford

Archbishop Justin said: “I am delighted by the news that the Most Revd Dr Katharine Jefferts Schori is to receive an honorary Doctor of Divinity from the University of Oxford. This award, richly deserved, reaffirms Bishop Katharine’s remarkable gifts of intellect and compassion, which she has dedicated to the service of Christ.

“Prior to becoming ordained, Bishop Katharine pursued a career in oceanography, and her enduring deep commitment to the environment has evolved into a profound dedication to stewardship of our planet and humankind, especially in relieving poverty and extending the love and hospitality of Christ to those on the edges of society. As Archbishop Desmond Tutu once said of Bishop Katharine, ‘In her version of reality, everything is sacred except sin.’

“It must be noted, too, that Bishop Katharine’s achievements serve – and will continue to serve – as a powerful model for women seeking to pursue their vocations in the church.”

Almost gushing praise from Welby for Schori. And paired up with this tweet:

Congrats to @KJeffertsSchori on honorary degree from @UniofOxford. Richly deserved recognition of deep compassion for those on the edge

That’s going to do nothing but infuriate conservatives across the Communion. What was he thinking?

Before we all rush to castigate perhaps there is something more to consider here. The clone makes what I think is an important observation:

…there are three key clues that indicate that someone else wrote this and that Justin may not have even seen it before release. The first is simply the political incompetence of the statement coming so soon after the exchange of correspondence between Justin and the GAFCON Archbishops. Given that the Primates gave a clear and gentle signal that they were giving Justin a warning around the area of sexual ethics, to come back within the week with a press statement that to all intents and purposes sticks two fingers up in their face is just extraordinarily inept. That’s not Justin. The joint letter from York and Canterbury is subtle and gentle, this is a slap in the face in full public. That’s not Justin, it’s really not. Justin would have written a one liner congratulating KJS on the award of the DD and nothing else.

Secondly, the statement is full of stock liberal imagery – quoting Archbishop Tutu, “profound dedication to stewardship of our planet and humankind”, “extending love and hospitality”. That’s not Justin.

But third, and it’s the killer, the statement uses one word in particular that is not Justin’s style in the slightest. “Humankind”. That’s not a Justin word at all. Justin Welby refers to collective men and women as “humanity” or simply “human”. Need convincing? See here and here and here and here as brief examples. “Humankind”? Find me an example of Justin using that word and I’ll eat my hat. He certainly doesn’t use it in any of his speeches or statements on his website and trawling through the first ten pages of a Google search for “Justin Welby humankind” makes me pretty convinced he hasn’t used it anywhere before at all.

Peter goes on to demonstrate that the source of the language is in fact most likely 815 – The Episcopal Church’s Head Office! I doubt we’ll ever find out for sure but I did just now send a tweet to the Church of England’s press guy…

I’ll let you know if I get an answer.

Now where does all of this leave Justin Welby? Either way there is quite possibly some trouble hurtling down the tracks. If he is indeed responsible for the press release and/or the tweet then he can kiss goodbye to any rapprochment with conservatives. But like Peter I don’t think that’s the case.

More likely he never saw either before they were published. In which case the question must be whether he stands by them? If he does then we’re back to square one and the conservatives being insulted. If he doesn’t then it cannot be viewed as anything other than a public criticism of Jefferts-Schori.

And who actually wrote the releases? Obviously someone in the press office at Lambeth Palace but then what were they doing? The clone calls it “politically inept” but I think he’s being too generous. To my mind it was politically competent – they knew exactly what they were doing, pushing out praise of Jefferts Schori before anything could be done about it. Perhaps done a little clumsily with regard to the language but nevertheless a tactical move. And if that’s the case then Welby needs to get rid of them because even while we have criticised his moves to “reconciliation”, this kind of blatant stuff surely is working against him and he must realise it.

So we need to hear from Welby. Does he stand by the statement and the tweet? So much hangs on it. 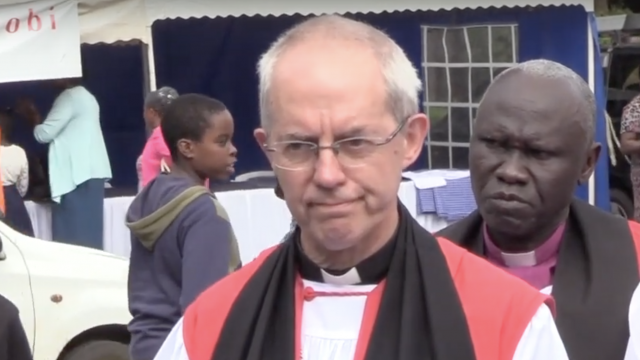 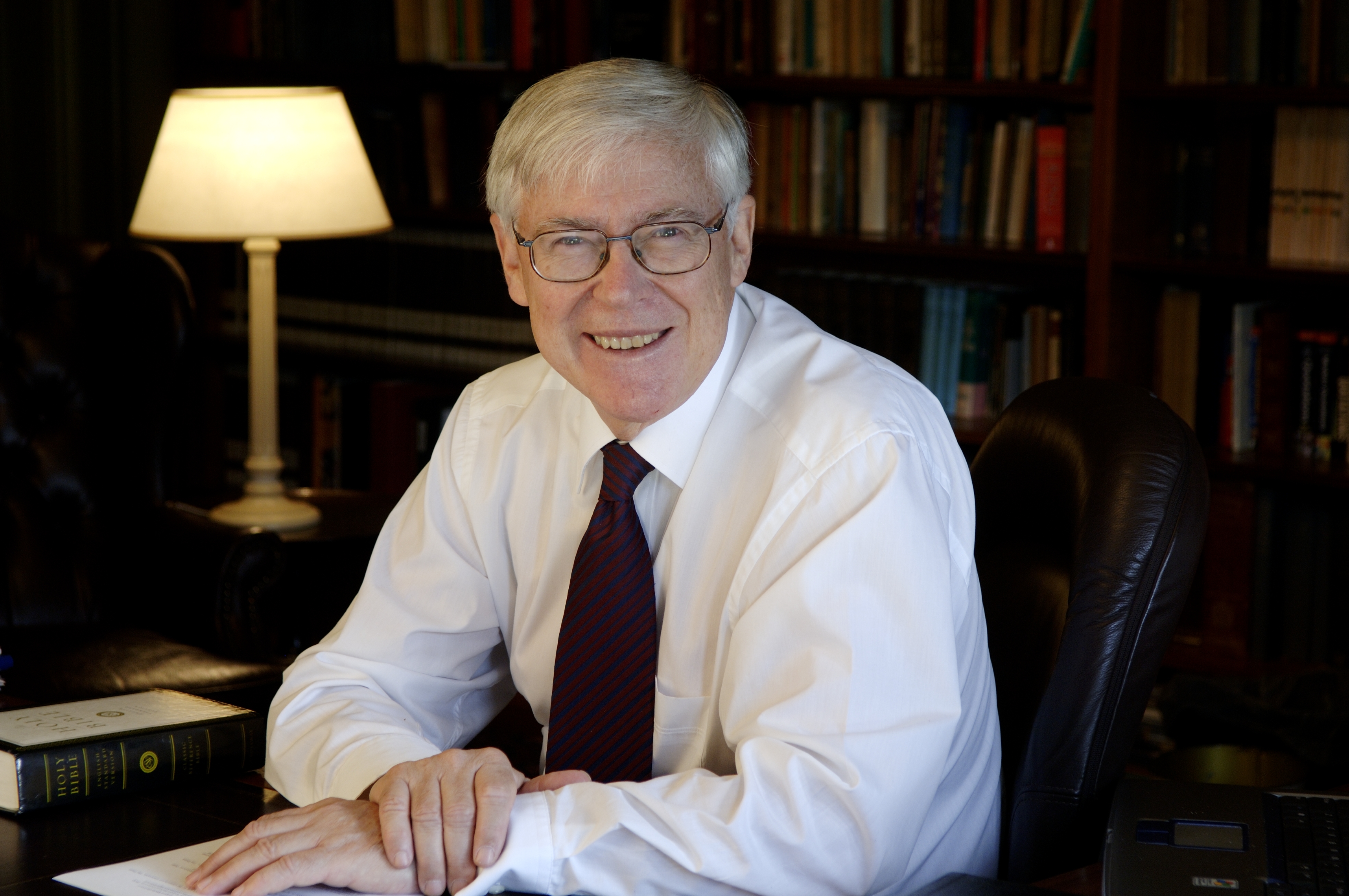 5 comments on “Jefferts-Schori’s Doctorate and Welby’s Praise. Who is in charge?”