n.b This article is part of a wider Blog Tour arranged by Zondervan Publishing – many thanks Zondervan for the advance copy of the book

John H. Armstrong's “Your Church is too Small” is a much-needed input into a evangelicalism that, in the States particularly, is apparently increasingly fragmented. As Armstrong writes in his introduction:

I am referring to our all too common penchant for placing limits on Christ's church – limits that equate the one church with our own narrow views of Christ's body. When our church is too small we adopt a desperately flawed image.

… the “small church” I refer to is a mind-set in believers that hinders the word of the Holy Spirit in mission and is contrary to the prayer of Jesus for our unity.

And you'll hear a hearty “amen!” from me to the general sentiment expounded there. Armstrong goes on to make his case that we are overly fragmented with great ease – after all the evidence is, in one sense, overwhelming.

Armstrong's argument for unity is also set out succinctly in his introduction:

What then follows in the book is a helpful examination of much of what the Scriptures have to say about unity. Chief, of course, of these statements is the prayer of Jesus Himself in John 17. Armstrong then takes us briefly to examine what some of the Early Church Fathers said – again there is much for us to take on board here and, in particular, the call to read these classics again and learn from them is well heeded.

As I said, I really wanted to like this book.

But something began to gnaw away at me as I read. Let me try and explain what it was.

As I read through I became increasingly aware that Armstrong's argument came across as being, ultimately, an appeal to unity that does not sufficiently address how we might set a boundary on that unity. Now, I realise as I write this that I may be guilty of exactly that charge that Armstrong himself makes – of being overly zealous for doctrinal truth. Yet I did struggle as I read through the book for it seemed that Armstrong was far too willing to accept “unity” with those who, at the end of the day, deny the gospel.

So, for example, on p.60 Armstrong writes:

I believe the pursuit of oneness means we must not shy away from opportunities to engage in relational and cooperational unity between churches – Protestant, Catholic, and Orthodox. Though the three great historic branches of the Christian church cannot presently pursue union with one another, they can seek greater relational and cooperational unity even as they pray for ways to address the historic differences that have led to disunity in the past.

It is statements like this that demonstrate the real claim that lies underneath Armstrong's much-needed call for unity. He is prepared to accept the Roman Catholic church as a “church” in the true sense of the word. For evangelical readers, I would suggest, this should provide real cause for concern. Armstrong, in statements like these, has set aside the fundamental issues of the Reformation.

Now, of course, this is not to say that there are not Christians within both the Roman Catholic church and Orthodoxy – I am utterly convinced that there are – but Armstrong is talking about the institutions themselves. It has long been an evangelical understanding that that is simply not true. So, for example, the 39 Articles of Religion of the Anglican Church (into which I am ordained) remind us:

As the Church of Jerusalem, Alexandria, and Antioch have erred: so also the Church of Rome hath erred, not only in their living and manner of Ceremonies, but also in matters of Faith.

That last phrase (my emphasis) is the critical part of the Article – this is not simply a matter of different ways of doing things but a fundamental disagreement about the Faith.

2 further examples will demonstrate this (to my mind) unacceptable breadth to Armstrong's vision of unity and how it works out in his argument.

First, the nature of the Church.

In chapter “the four classical marks of the church” Armstrong finishes with an appeal to Apostolicity. How are we to understand “Apostolicity”? Armstrong recognises that there is much discussion about the first 8 centuries of the Church (p.71) and that no consensus has emerged. Earlier, of course, he has already pointed us to the ecumenical creeds (pp.19-20) Now, again, there is much here to be thankful for and affirm. As the 39 Articles put it:

Of the Three Creeds

The Three Creeds, Nicene Creed, Athanasius’s Creed, and that which is commonly called the Apostles’ Creed, ought thoroughly to be received and believed: for they may be proved by most certain warrants of holy Scripture.

and Article XXI makes a similar argument with respect to our acceptance of the Councils – they are to be accepted where they are in concert with Scripture.

But this is not what Armstrong ends up arguing. Granted, at the start he reminds us that Scripture is our rule but as the book progresses we are left with the feeling that the regula fidei that is being appealed to is not, ultimately, Scripture but an undefined “early church catholicity”. We are given many helpful quotes from the Fathers on unity but no tight definition of the church itself.

When the book finally turns (and far too late in the argument, I would suggest) to a discussion of what the Church actually is (chapter 11 – “Thinking Rightly About the Church”), we open up with an appeal to Moltmann and the Roman Catholic Dictionary of Theology that the Church is where the Spirit is moving. Armstrong then moves into an insightful discussion of various understandings of church groupings but never really sets out a basic Biblical definition. Again, I don't want to suggest that it all should be rejected – the insights from Rex Koivisto in this chapter are really good – we are shown that individual congregations together make up the church in a certain place. But there is no definition of this final wider gathering that will help us be discerning about who is part of the Church (and, thus, who is not). It is simply assumed by this stage in the book that all these entities are “church”. Something tight and defined such as in the Articles would be really helpful:

The visible Church of Christ is a congregation of faithful men, in the which the pure Word of God is preached, and the Sacraments be duly ministered according to Christ’s ordinance in all those things that of necessity are requisite to the same.

The Reformers saw the Church as that place where the Scriptures were faithfully preached and sacraments administered (and, for Calvin at least, where discipline was correctly carried out). I would suggest that the weakness in Armstrong's argument is that were he to pursue this line of reasoning he would have to reject those that he is, with great charity, keen to include.

Apostolicity, surely, is ultimately an appeal to the original witness of the Apostles – the New Testament Scriptures.

Which brings us to our second major issue:

A True Basis for Unity.

In chapter 8 “How Can We Restore Unity”, Armstrong attempts to show us the ground on which we can all stand together. His solution is the confessional Creeds. Now whilst it is true that the Creeds should be accepted (as we have argued above), this is not the best test. Indeed, one can recite the Creeds and yet not be part of the true Church of Jesus. See for example how contemporary liberals in the Anglican Communion will gladly recite the words of the Creeds while understanding contrary meanings. Nor is Armstrong's earlier appeal that Calvin argued from the Creeds going to hold – Calvin works through the Apostles' Creed in his Institutes and yet he does so in order to demonstrate that the Roman church's official position is not in harmony with the Apostolic witness.

The true basis of unity, I would suggest, is union with Christ – the great Reformation doctrine. Our justification, evangelicals have long held and insisted, is imputed to us by God when we respond in faith to Jesus. Evangelicals of all persuasions, be they Calvinist, Arminian, conformist, Baptist etc., have historically maintained a high degree of ecumenism on the basis of this common grounding of justification.

Which is why Armstrong's inclusion of a quote from N.T. Wright at the beginning of this chapter (p. 76) is so confusing:

The doctrine of justification is in fact the great ecumenical doctrine.

Well, yes it is – Luther is alleged to have claimed it is the doctrine on which the Church stands or falls – but that great doctrine is not the one that Wright himself understands by that term. Why at this important juncture in his argument would Armstrong evoke such a contentious author? It can only be, one sadly concludes, in order to signal an openness to a dilution of this key defining doctrine.

So, sadly, I find myself unable to wholly recommend this book. I really wanted to, please believe me. But the more I read the more I discovered an appeal to unity that set aside clear Scriptural distinctives of the Church. None of it was overt, granted. But it was the absence of these clear Apostolic markers and their replacement with a more generic appeal to unity.

However, let me close by affirming once again that there is much here for us to engage with. We must readily concede that Armstrong rightly challenges us with Jesus' words in John 17:

John 17:20 “My prayer is not for them alone. I pray also for those who will believe in me through their message, 21 that all of them may be one, Father, just as you are in me and I am in you. May they also be in us so that the world may believe that you have sent me. 22 I have given them the glory that you gave me, that they may be one as we are one: 23 I in them and you in me. May they be brought to complete unity to let the world know that you sent me and have loved them even as you have loved me.

As evangelicals we have far too readily been prepared to abandon a striving for such unity.

But perhaps Armstrong might also be challenged himself by the totality of Jesus' prayer:

6 “I have revealed you to those whom you gave me out of the world. They were yours; you gave them to me and they have obeyed your word. 7 Now they know that everything you have given me comes from you. 8 For I gave them the words you gave me and they accepted them. They knew with certainty that I came from you, and they believed that you sent me.

Ultimately it is the word of God that sanctifies the Church – it converts us, unites us with Christ and sets us apart.

Is our church too small? Certainly – and Armstrong is right to point it out to us. Our sectarianism is something we may very well have to repent of.

But Armstrong's vision of church is, I suggest, too broad in itself and, despite its claims does not find its central expression as expressed in Jesus'  prayer of John 17: in the word of God which causes us to love God, Jesus and each other. That, I put it to the reader, is why our church is too small – we have not engaged fully enough in God's sanctifying word.

A Letter to the Butterfly Foundation 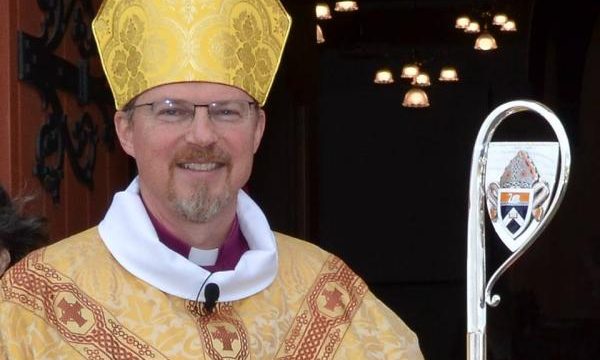 6 comments on ““Your Church is too Small” - BlogTour and Review”