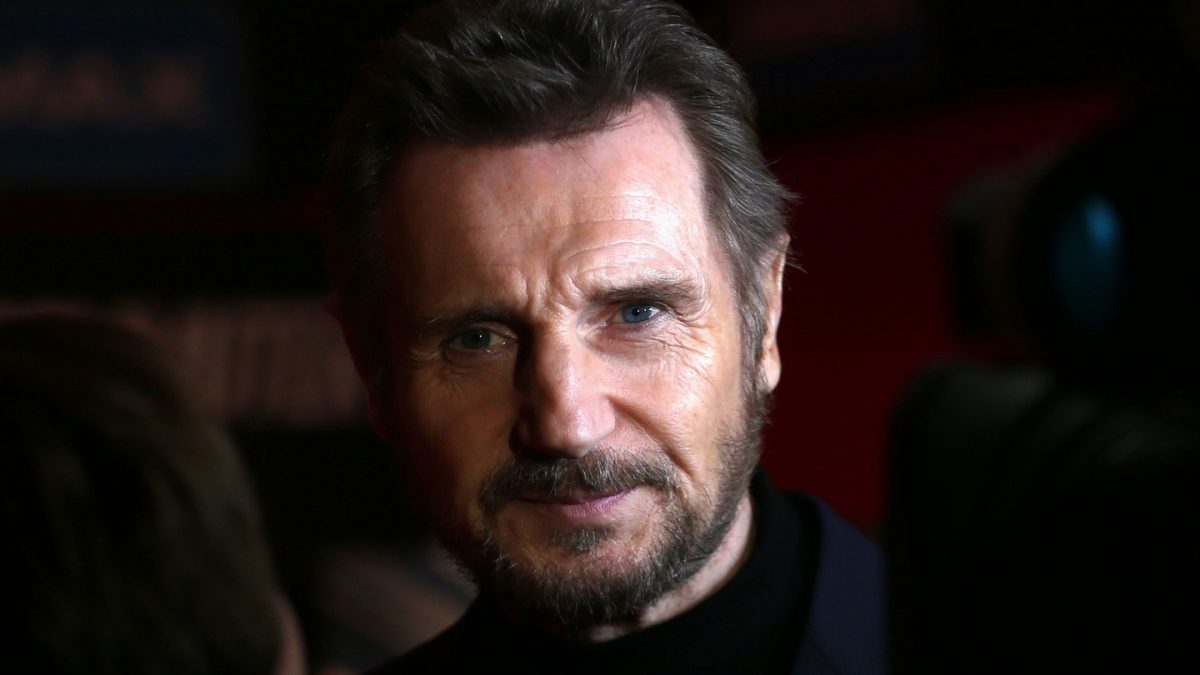 Oh Liam. Why did you think it was going to end up any other way?

The New York red carpet opening of Liam Neeson’s latest film has been cancelled amid a row over his comments that he once wanted to kill a random black man after a friend was raped.

Reporters were told the event for Cold Pursuit was being pulled two hours before it was scheduled to happen.

Neeson has denied he is racist but the remarks, published by The Independent on Monday, sparked an outcry.

He said he had wanted to start a wider conversation about racism.

So what exactly did Liam say? What was so outrageous? Here’s the original Independent interview. It deserves being reproduced in some detail to understand the context and tone:

Yet here in the rigid, conveyor-belt atmosphere of the celebrity junket, the 66-year-old star of Taken is about to recount a disturbing incident from his past, a confession that he’s never made before. It will involve how he learnt about the rape of someone close to him many years ago, how he roamed the streets for a week afterwards carrying with him a cosh and brutal, racist thoughts, and how this taught him that violence and revenge do not work.

It begins as an explanation of how his latest character turns to anger. “There’s something primal – God forbid you’ve ever had a member of your family hurt under criminal conditions,” he begins, hesitantly but thoughtfully. “I’ll tell you a story. This is true.”

It was some time ago. Neeson had just come back from overseas to find out about the rape. “She handled the situation of the rape in the most extraordinary way,” Neeson says. “But my immediate reaction was…” There’s a pause. “I asked, did she know who it was? No. What colour were they? She said it was a black person.

“I went up and down areas with a cosh, hoping I’d be approached by somebody – I’m ashamed to say that – and I did it for maybe a week, hoping some [Neeson gestures air quotes with his fingers] ‘black bastard’ would come out of a pub and have a go at me about something, you know? So that I could,” another pause, “kill him.”

So what is the lesson we’re learning here? Well, as the interview makes quite clear it is Neeson’s own self-reflection that this was an entirely wrong way to respond. He is reflecting with far more maturity on his response 40 years previously so that others may learn from it. He is thankful that nobody ended being hurt in his thirst for revenge and the implication is that he is urging a better way to others.

“It’s awful,” Neeson continues, a tremble in his breath. “But I did learn a lesson from it, when I eventually thought, ‘What the fuck are you doing,’ you know?

…I had acquaintances who were very caught up in the Troubles, and I understand that need for revenge, but it just leads to more revenge, to more killing and more killing, and Northern Ireland’s proof of that. All this stuff that’s happening in the world, the violence, is proof of that, you know. But that primal need, I understand.

So do you get the sense of it? Do you feel the trajectory here? Liam is being honest about his past so that we might learn from it. He openly states that his behaviour was wrong and that the desire for revenge, while “primal”, just won’t get us anywhere.

Shame his detractors don’t get exactly that point. What we’ve seen over the past few days is some quarters utterly unable (or is it, perhaps, unwilling) to empathise with Neeson on this journey of self-discovery and repentance. So he is the next in a long line of people to be hounded out of public life and shamed into silence because he has crossed over whatever the ever-shifting boundaries are of unacceptable words. That he is not in any way defending his behaviour is besides the point. They must have their pound of flesh.

What an utterly depressing, even soul-destroying way to respond to a confession. If maturity includes recognising our moral failures, assessing them for what they really are and then repenting of them then the furoré around Neeson is nothing more than the worst of immature kindergarten tantrums. All finger-pointing and zero desire to understand. Liam got on his knees and so they put a chopping block under his neck.

What a contrast to the gospel and it’s radical call to honesty. Liam knew a little of that, as is evidenced by the follow-up interview he gave this morning with ABC’s Good Morning America.

It shocked me and it hurt me … I did seek help, I went to a priest.

He knew what to do, flavoured by his own religious background. He went to a man who represented forgiveness, repentance and change. What was he told in that confessional? We’ll never know but what we do know is that the Gospel of the Bible has a far better word to say than the social media lynch mob. Here’s the Apostle John,

If we claim to be without sin, we deceive ourselves and the truth is not in us.If we confess our sins, he is faithful and just and will forgive us our sins and purify us from all unrighteousness.

If we claim we have not sinned, we make him out to be a liar and his word is not in us.

The wonderful news of Jesus is that a genuine confession of faults to the true judge of all humanity will be met with overwhelming mercy and forgiveness. The worst thing to do, therefore, is pretend we have no sin. The only person we fool is ourself, not God. But there is more, because this astonishing message is the most incredible motivation. Here is how John continues …

My dear children, I write this to you so that you will not sin…

Here is the great impetus against continued sin; it’s the knowledge that sin is forgiven! It seems counter-intuitive but it’s radically powerful. One of the biggest catalysers of repeated wrong-doing is the cycle of shame it produces. We mess up, we have no safe space to work out our errors and so we spiral into shame which itself produces a repeat of the same basic sin. With no obvious escape from our corrupted actions we see no other option than to give ourselves over to them. Oh that there would just be somewhere we could go to to escape this trap!

Well there is, John reminds us. There is Jesus. But what if I mess up again (as I surely will) even as I’m trying to get things sorted out?

…But if anybody does sin, we have an advocate with the Father—Jesus Christ, the Righteous One. He is the atoning sacrifice for our sins, and not only for ours but also for the sins of the whole world.

So here is the logic of the gospel. I am forgiven when I come to Jesus pleading nothing but my need for forgiveness. His death on the cross is a sacrifice sufficient to deal with all wrongdoing and that includes mine.

What Liam experienced is the opposite; repentance met with condemnation. It leads to a different response; an attempt to justify himself and yet further condemnation.

Jesus treats us so much better. Do you know his sweet, total and ongoing forgiveness?

On your knees, son.

One comment on “On Your Knees, Son – Liam’s Confession”