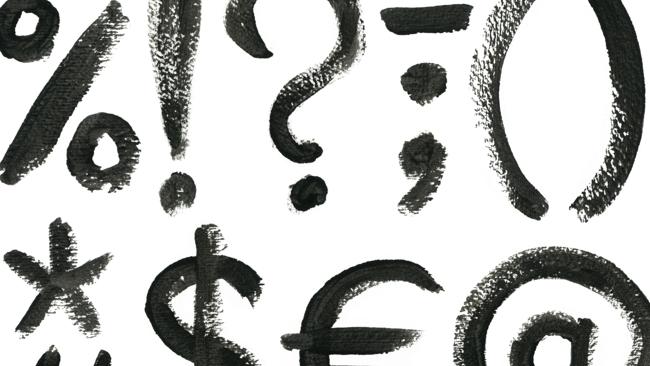 Finally, a thoroughly worthwhile cause to allocate a day to: punctuation! News.com.au have all the top tips. Or is that tip’s?

For such a small flick of the pen, apostrophes sure cause a lot of grief. But the rules are pretty simple.

When you’re turning something into a plural, don’t use an apostrophe — even if the word ends in a vowel. So boy becomes boys, pizza becomes pizzas, CD becomesCDs.

Ownership gets trickier when dealing with more than one thing or a word ending with s. Generally, the apostrophe goes after the s at the end of the word. So if you’re writing about a group of boys and their pets, you would write the boys’ pets.

Another point on ownership: his, hers, its, ours and yours don’t need apostrophes. Ever.

Also deploy an apostrophe when you’re contracting a word — like the one in this sentence. You are became you’re. NOT your.

This one drives us nuts. It’s become ubiquitous in recent times, we think, because of text messages and emails.

How else are you going to convey your enthusiasm in writing if you don’t exclaim what you’re saying, right?! Wrong. So wrong.

Unless you rein it in a bit, the exclamation mark will lose all its usefulness! You’re diluting its power! (See what I’m getting at?!)

These ones have really unfortunate names but are super useful. They share a key on your computer, but the similarities pretty much stop there so don’t get them twisted.

A colon is often used to introduce a list of items. I needed three things: a comma, a full stop and a question mark.

A semicolon is used to join two statements that could be separate sentences, but you want to convey a relationship between them, like this: John likes steak for dinner; Joan likes a roast.

Plenty more there for you. No excuse any more.