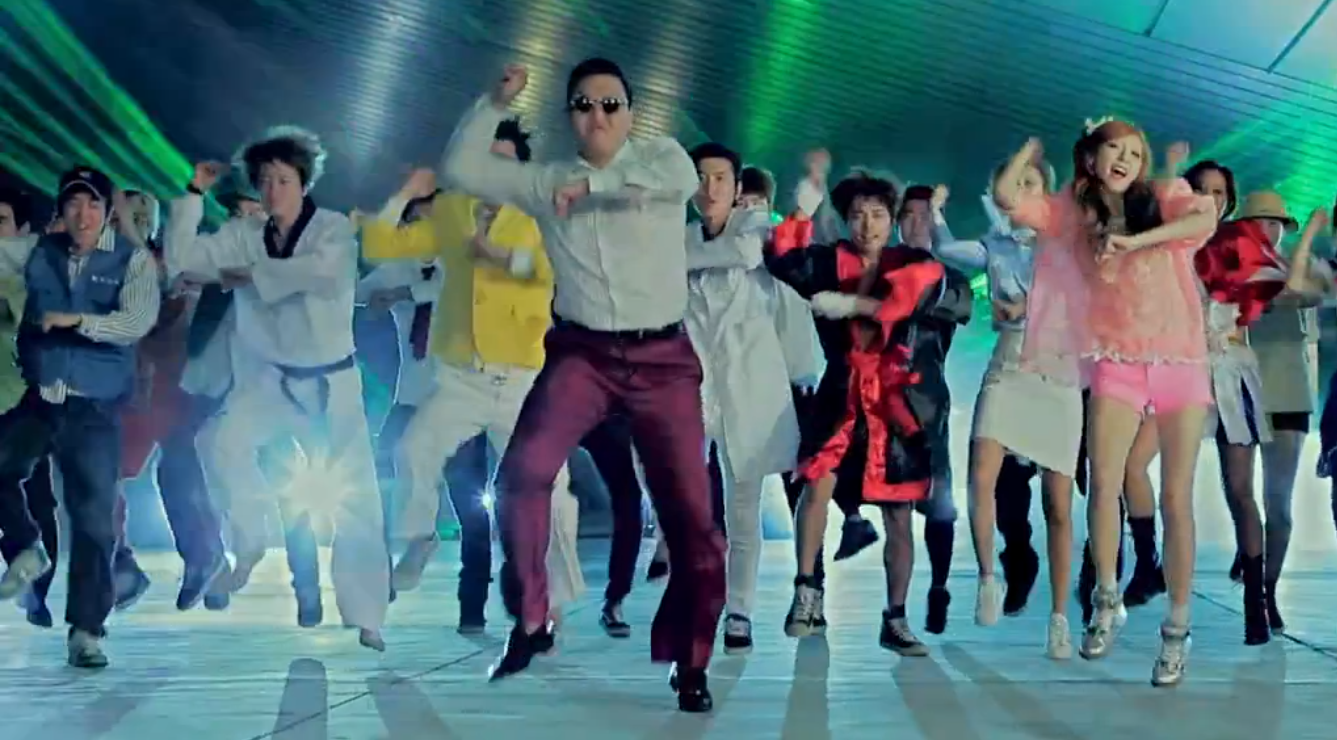 Now look, I like to think I have a moderate handle on popular culture but this one caught me by surprise. According to today’s smh….

With Joe Hockey in a tutu, Tony Abbott boogeying, Julia Gillard shaking it, Kevin Rudd walking like an Egyptian and Wayne Swan jamming, it turns out federal politicians are the perfect candidates for the latest Gangnam Style parody video.

South Korean pop star Psy’s Gangnam Style film clip has had more than 222 million views on YouTube and has spawned many parodies, including a mash-up with the Hitler film Downfall and a performance from members of the US Navy.

With an unusually quiet start to the week in Canberra, Fairfax photographer Andrew Meares was inspired to make a version starring Australian politicians showing off their dance moves, using YouTube footage of his favourite amusing political moments.

You can go and watch it if you want. But look, how did this pass me by? First, what exactly is Gangnam Style?

“Gangnam Style” (Korean: 강남스타일, IPA: [kaŋnam sɯtʰail]) is a 2012 Korean pop single by the South Korean rapper PSY. It is praised by some for its humor, catchy rhythm[1] as well as PSY’s unusual dance moves. The song was released on July 15, 2012, when it debuted at number one on the Gaon Chart.[2] The music video has been viewed over 222 million times as of September 20, 2012,[3] making it YouTube‘s most watched K-Pop video.

It has been shared on the internet by celebrities including T-Pain and Katy Perry, covered by others such as Nelly Furtado[4] and Maroon 5,[5] and has also been featured in international media outlets such as The Wall Street Journal, the Financial Times and CNN International (see Reception).

Around early September, “Gangnam Style” flash mobs started to appear in various capitals of the world, and “Gangnam Style” has become the source of parodies and reaction videos by, among others, The Oregon Duck, midshipmen from the United States Naval Academy and the North Korean government.[6][7]Psy has brought the “Gangnam Style” dance to various locations including Dodger Stadium, The Ellen DeGeneres Show and Samsung commercials (seeImpact).

That’s right – 222 million youtube views. and Katy Perry. I must be getting old. Still, here it is – see what you think.

I’ve got to admit, it’s funny and clever but is it really that big? Turns out, this has to be one of the biggest things to sweep South Korea recently. Check out this concert footage. Bear in mind it’s tipping down with rain and yet look at that enormous crowd loving it…

Now that is a stadium anthem.