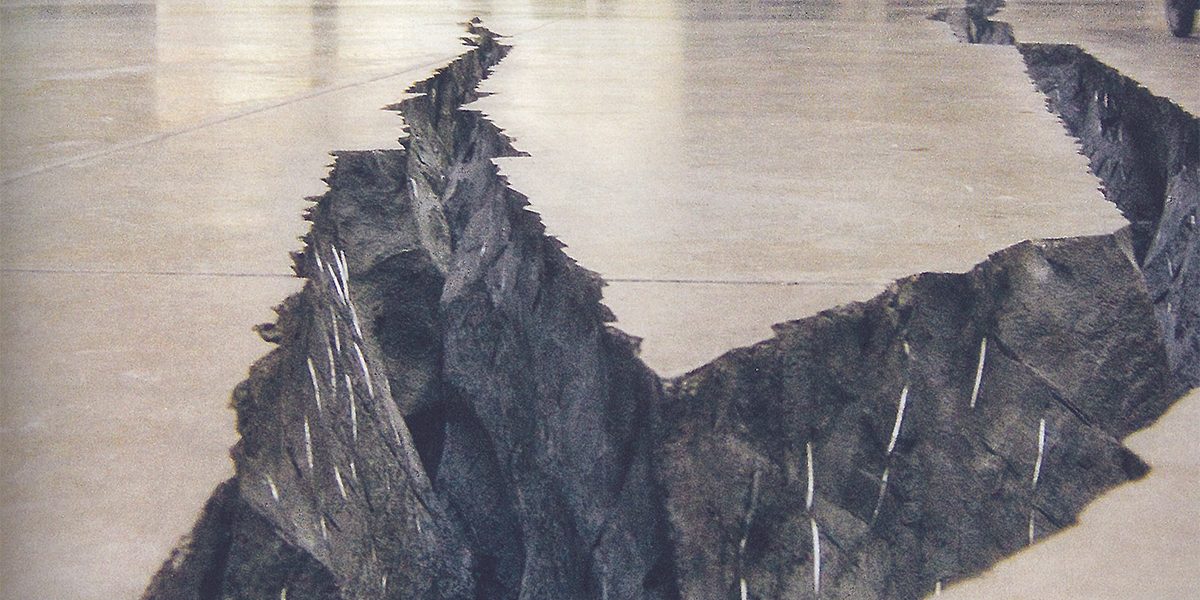 We’ve arrived at a mad, mad moment in Australian politics.

Judges 12:5-6 The Gileadites captured the fords of the Jordan leading to Ephraim, and whenever a survivor of Ephraim said, “Let me cross over,” the men of Gilead asked him, “Are you an Ephraimite?” If he replied, “No,” 6 they said, “All right, say ‘Shibboleth.’ ”

If he said, “Sibboleth,” because he could not pronounce the word correctly, they seized him and killed him at the fords of the Jordan. Forty-two thousand Ephraimites were killed at that time.

It was a simple test but the consequences were profound. The ability to say one word correctly was the difference between life and death. Since that day the term “shibboleth” has come to represent such a moment of testing, with the implication that it is often arbitrary or outmoded and certainly unnecessary and disproportionate.

Unnecessary and disproportionate are fitting words to describe the new shibboleth of Australian (and indeed much Western) public life. There is one topic, one question, that if you get wrong will land you in a whole heap of trouble. And the question is this:

Do you approve of gay sex?

Now it’s never asked that crudely but that’s the question. That’s the shibboleth.

I realise that’s quite a claim so let me prove it to you.

Now please note the full smorgasbord of things that people could get upset about in Izzy’s post. On the buffet menu of potential shibboleths there is drunkenness and alcoholism, adultery, lying and perjury, heterosexual sex outside marriage, theft, atheism, idolatry, lasciviousness, witchcraft, hatred, anger, heresy, envy and jealousy, violence and murder and a whole heap more.

And yet only one thing raised the ire of Rugby Australia. Gay Sex.

Yes, I know there is a difference between homosexual attraction and activity. I also know that the word “homosexuality” that Izzy used doesn’t make that distinction. But let’s face it, most of the world out there doesn’t make the distinction either.

The world out there doesn’t really care, either, whether it’s an exact quote from the Bible or not. My point here isn’t whether or not Izzy could have done it better. I’m not interested in that particular shibboleth (yes, I’m making a point there, Christians). I’m just putting out there the simple truth that this is the one issue that made everyone lose their minds.

Where was the concern for the mental wellbeing of those struggling with alcoholism? Where the care for those who find themselves to be compulsive kleptomaniacs? Where the solidarity with the oft-oppressed pagan priestesses and their much-misunderstood covens? They all faded into the background when Izzy pressed the Gay button and a segment of Australia broke into a hysteria not seen since the streets of Pyongyang at Kim Jong-Il’s funeral.

As we take all this in, let’s stop for a moment and consider the offence that Folau is meant to have committed, a “high level breach of the Code of Conduct“. Here’s the particular section he is charged under:

1.3  Treat everyone equally, fairly and with dignity regardless of gender or gender identity, sexual orientation, ethnicity, cultural or religious background, age or disability. Any form of bullying, harassment or discrimination has no place in Rugby.

Now I may have a bias but I’m finding it hard to see exactly how this was breached. First, the requirement to “treat everyone fairly” – well, Israel didn’t pick out one particular group. You might not like what he said but he spread the comment very widely as we’ve already seen above. This is an important point: Folau didn’t single out homosexuals, Rugby Australia did.

It’s Rugby Australia that are making this about Gay Sex. They’re the ones obsessed with it. Folau mentions homosexuals as part of a long list but it triggered something in Rugby Australia and the supporting crowds and they demanded Folau’s head. You can call alcoholics all sorts of names and still get a pass, you can brand witches as immoral and still be allowed to cross the river, but don’t you dare speak out against the gay because that’s the shibboleth.

Folau hardly discriminated. If anything, the opposite was true; he cast the net far and wide. Nor did he “bully” or “harass”. He issued a warning (look again at the graphic) and told people clearly that Jesus loved them and he wanted them to avoid a terrible outcome. He didn’t tell anyone to treat people badly, instead he urged many to flee to Jesus for rescue from the coming wrath (1Thes. 1:10). He was Bondi rescue, not the shark prowling in the Bay.

Others have recently observed (quite rightly) that what is first a cultural norm will rapidly become legislated and this shibboleth is no exception. The attempts by the Federal Opposition to push this particular issue have already been well documented and it’s a surprise that it hasn’t fully come up in the election campaign until the last couple of days.

Yesterday, Morrison (the leader of the governing Liberal party) finally answered a direct question on whether he thought “homosexuals were going to hell”. Now of course it’s a set-up, it’s designed to trick him. If you want to know how to answer such a question then here’s an excellent suggestion (read the whole thread to get the full argument)…

Morrison finally issued a release that sought to settle things down. I’ll let the Sydney Morning Herald pick up the story from this point….

Mr Shorten [Leader of the Opposition] made an unprompted response to those remarks on Tuesday when campaigning in Tasmania. “I cannot believe in this election that there is a discussion even under way that gay people will go to hell,” Mr Shorten said.

So far so good. Shorten is telling Australia that this is a silly thing to be asking questions about and everyone should ignore the nonsense and get on to more serious issues.

“I cannot believe that the Prime Minister has not immediately said that gay people will not go to hell.”

Or, in other words, “Morrison failed the test and I want everyone to know that he did.” Shorten, given the chance to dissipate the issue, instead affirms the shibboleth and waves it in front of the media. He made it an election issue. Never mind that section 116 of the Constitution says that there ought to be no religious test for public office. The shibboleth trumps the Constitution.

I don’t think much more needs to be said here. We ought not to be surprised that there are many who think that this is a serious issue with deep ramifications. Christian Schools are rightly worried about their freedom to educate children in a manner consistent with their parents’ wishes and every employee in the land can look to the Folau case as a precursor of what they too can expect to face if they express their religious (or non-religious) point of view away from their workplace.

Christians, in particular, have every right to be concerned. The gospel by it’s very nature cannot and will not be confined to our homes and churches. It is a message to be spoken to the world, including the warning that those who do not respond are in very real danger.

Despite a poll published today showing that the majority of people support the freedom to express contrary views, the Labor party are determined to push through legislated enforcement of the shibboleth. Don’t be fooled; they’re going to put this one on the statute books and we won’t be allowed to cross the river safely anymore. We’ll be effectively cut down.

Far be it from me to tell you how to vote or at least how not to vote, but I think the answer to that question is becoming increasingly clear. The exercise of democracy in 2019 really is about freedom or the shibboleth.

9 comments on “Democracy, Freedom and the Shibboleth of Gay Sex”