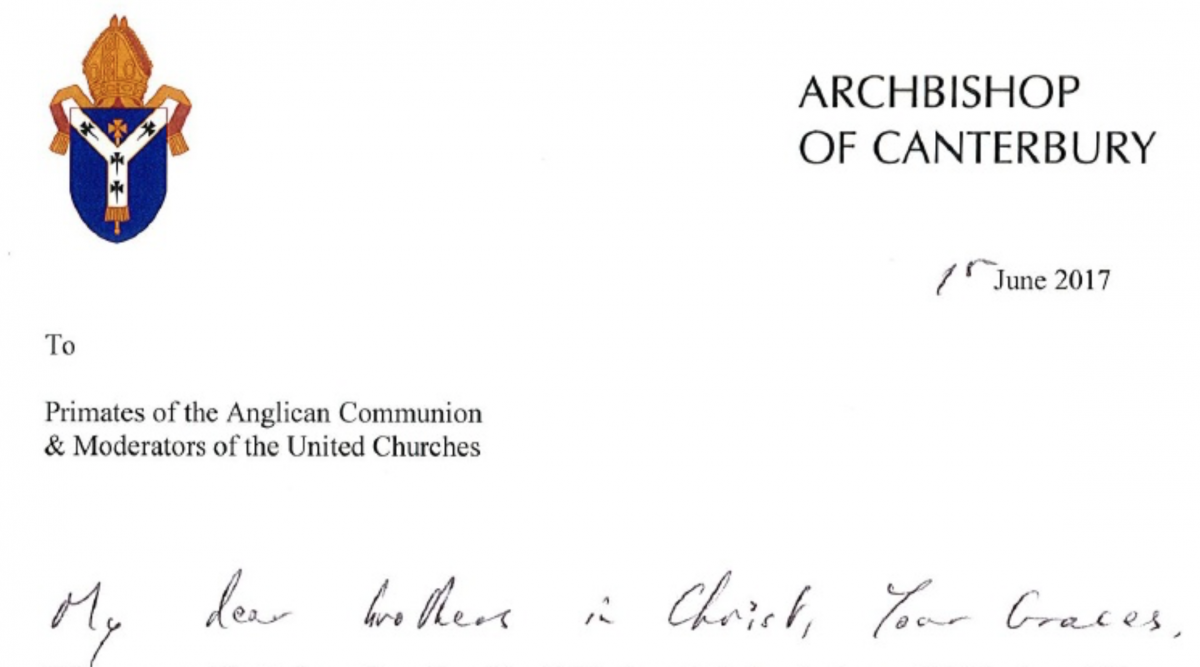 Here is Archbishop of Canterbury Justin Welby’s letter to the Primates of the Anglican Communion.

Welby’s letter responds to the announcement by GAFCON that they will be consecrating a missionary bishop for Europe in response to the decision by the Scottish Episcopal Church to change the definition of marriage.

The letter stresses that

Conservatives will note that Welby appears far more concerned about the disturbances that cross-border initiatives apparently cause than the gross heresy that catalyses them. In fact, Welby’s letter makes no specific mention of the SEC vote, the very event that has precipitated this current crisis.

As we have already reported, Welby had rejected specific requests by conservatives in the Scottish Episcopal Church for support in the face of the imminent decision by their General Synod. Now he criticises those who provided the support he was not prepared to give.

We have yet to know for certain whether the GAFCON Primates will even attend the October 2017 meeting that Welby refers to. Since the moderate discipline agreed to in the 2016 meeting has not been enforced in any way by him it seems that they are unlikely to have great confidence in him. This letter seems only more likely to reinforce that response, not dilute it.