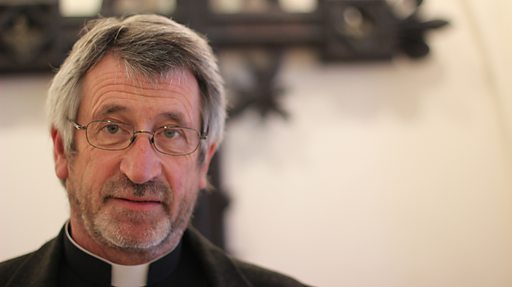 The Anglican Diocese of the Riverina is currently without a bishop. The previous bishop, Dr Douglas Stevens, resigned on 11 November 2012 and the position has been vacant ever since. An election synod met in June of 2013 but failed to elect anyone and the synod meets again today, 5 April 2014, to make a decision. I understand that there is only one candidate being considered and that man is Rev. Rod Gillion, the Rector of Holy Trinity Church Sloane Square in London and area dean of Chelsea.

In many respects Gillion is an excellent candidate for bishop. He has had international experience, serving in Hong Kong for a number of years in the 1990’s (including a stint staying in prison in order to empathise better with prisoners there he was ministering to!). Prior to ordination Gillion worked in the theatre and has brought many of his skills from there into ministry. He has been involved with the Bible Reading Fellowship, notably writing and performing in a one-man show called “The Visit” and has worked on other arts-related outreach projects,

LOOKING for examples of churches that are trying to adapt to the “post-parochial” climate, I hear of an “arts ministry” called Intermission, based at St Saviour’s, Knightsbridge, in London. It is run by the Revd Rob Gillion, who was formerly the Bishop of Kensington’s special adviser on evangelism. When I phone to arrange a meeting he is at a London Fashion Week event, “surrounded by models”.

Mr Gillion is a natural communicator. He was a professional actor before becoming a priest, and still performs a one-man show as part of his ministry. But he is not the histrionic type, more like a children’s TV presenter.

He explains that the church had been derelict for many years, and was in the process of renovation when he arrived last year. He wanted to do something new and unusual with it. “I thought, well, let’s see if we can create a church which welcomes the artist — a space for them to come and share their faith through their art.

“We’re trying to be church differently, so not all the emphasis is on the Sunday service and the regular congregation. We hold art exhibitions, concerts and performances. Recently we had a fashion show staged here. People come along, form a connection, and some of them have an idea of something they want to do with the space. So there’s a looser idea of church membership; people tend to come for a particular event and then move on.”

As we speak, a young woman arrives and Mr Gillion introduces her as Jess Layton, the church’s artist-in-residence. A designer of lampshades and light-based sculptures, she explains that the church lends her a studio and the chance to exhibit her work. The atmosphere inspires her, she says. “I think working at a church is a really good stimulus for an artist. So much modern art is trapped in a negative view of life, and this is a way of breaking out of that, because there’s lots going on here that’s to do with joy and hope.”

I ask whether this arts-based approach might constitute a new form of evangelism.

The Evangelical approach is not for everyone, Mr Gillion agrees. “We’re offering a more meditative sort of approach — an oasis, a haven, a place of silence and reflection. The name Intermission is meant to suggest a space for stepping back and thinking about what’s going on. So there’s a passive aspect, certainly. But there’s also theatre and worship that’s creative and energetic.

“I’m seed sowing. I have no definite expectations of what we’ll achieve here — I’ll see what happens. I start out simply offering a space for people to come and use if they want to.”

Gillion’s public communication style is warm and approachable as evidenced by his regular slots on BBC Radio 2’s “Pause for Thought.” An archive of his appearances is available on his church’s website.

There’s also a podcast interview with him here and this rendition of a portion of Revelation.

So what will Riverina get? Well certainly not an evangelical, but they will have someone who is a skilled communicator and who gets on with ministry as he understands it. He’s a pastor with a concern for the marginalised so the Riverina won’t be getting a plodding administrator. Not by a long shot.

Where does he stand on the contentious issues of the day? Holy Trinity Sloane Square describes itself as “modern catholic” which is another way of saying “liberal catholic”. Having said that, Gillion doesn’t appear to be on the record anywhere taking provocative positions.

There may be concern from some that Gillion’s experience is almost totally very urban and the Riverina is an incredibly rural diocese. But what is for sure is that if Gillion is picked, the Riverina will be getting a dynamic man.

2 comments on “A New Bishop for the Riverina”