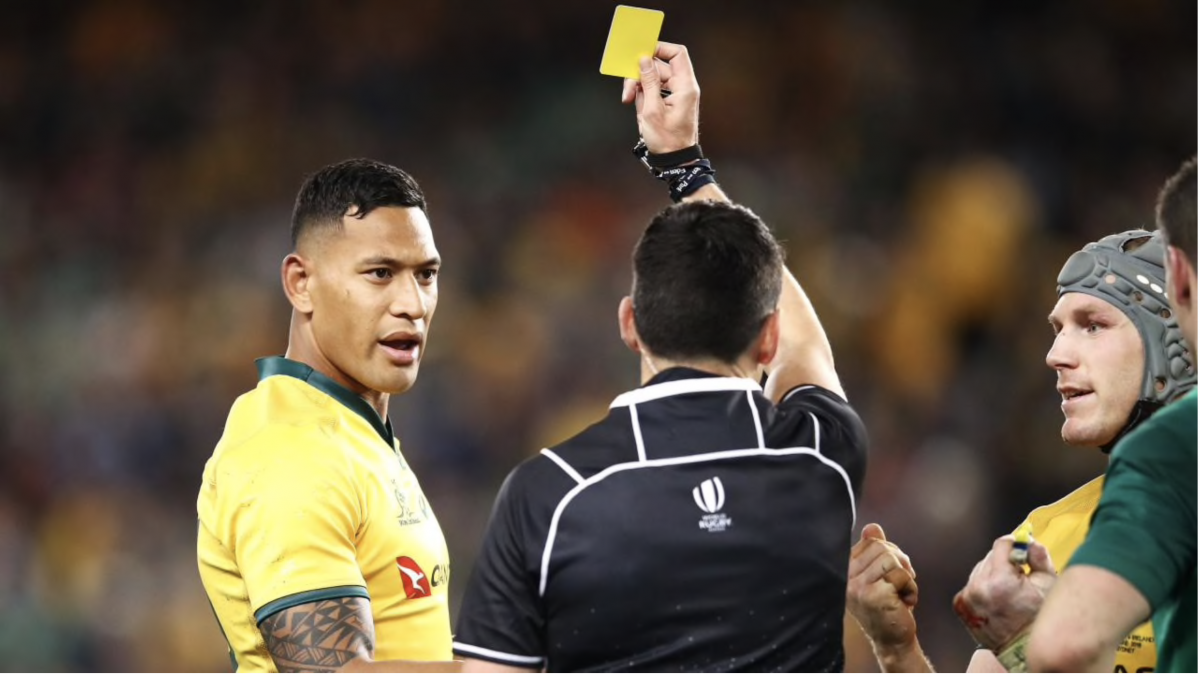 Dear Australia, I love you but you really do need to grow up.

So Izzy said something you didn’t like. People do that.

When I was young and got upset by somebody saying something mean it wasn’t long before I heard the mantra “sticks and stones may break my bones but names will never hurt me”. It wasn’t said to me by my parents to just sideline whatever unpleasantry had been thrown my way but, rather, to help me rise above it.

I was being taught that maturity meant having a robust sense of self-worth and not viewing myself by how everyone else wanted to define me. They didn’t want me to collapse in a heap of self-pity because someone was nasty. Maturity means the right kind of emotional independence.

The alternative is to keep running to mummy to have her sort it out. That might be necessary when you’re 3 years old but when you grow up and are (for one random example) the CEO of a major transport company you really need to have a little more sense of self-worth.

Enter Izzy. Israel Folau is a brilliant rugby player. He’s also a Christian. And yesterday he put this up on Instagram:

Now I don’t think that came out of nowhere. Tasmania has just passed a law allowing people to effectively change their recorded gender at will. As you can expect some people don’t agree. Perhaps he was responding to that. Perhaps he did just post it up spontaneously.

Either way he lost his job for it. The Australian Rugby Union (ARU) got together and decided that enough was enough. He did it last year (albeit in answer to a question asked of him) and that caused enough of a stink. Now they were done and Folau has had his contract terminated. Qantas, the main sponsor of the ARU, is headed up by prominent gay activist CEO Alan Joyce and it’s not hard to put 2 and 2 together.

But what if Izzy had said it differently? What if, in response to the Tasmanian decision he’d posted something like this:

Respectfully, this is a really dangerous decision. Jesus warns us clearly where this and other things will take us:
1Cor. 6:9 Or do you not know that wrongdoers will not inherit the kingdom of God? Do not be deceived: Neither the sexually immoral nor idolaters nor adulterers nor men who have sex with men 10 nor thieves nor the greedy nor drunkards nor slanderers nor swindlers will inherit the kingdom of God.

I reckon if he’d tried gentleness and sensitivity it would have been a much better way to go about things but he’d still be fired tonight. And it wouldn’t be because Alcoholics Anonymous, the cast of Love Island, or the Artful Dodger raised a hue and cry at his criticism of them.

No, Izzy had the audacity to say publicly state that gay sex was wrong. Very wrong. And you can’t do that. You’re just not allowed to criticise in that area. Would he have been sent to perdition if he only posted the quote from Galatians 5? I suspect not. Because Galatians 5 doesn’t criticise that which must not be criticised.

More than 5 years ago I had the privilege of taking part in a reality TV show, Living with the Enemy. It was an enlightening experience from the very beginning. On the first day our guests, a homosexual couple, arrived. We had dinner and then chatted for a good hour in our kitchen. As you might expect the topic moved very quickly to the main areas of contention – the Christian religion and then human sexuality. Towards the end of the conversation I was told, with outrage, that it was just wrong for me to say that I thought how someone else lived was immoral. And yet that very same person had just subjected me to an almost hour-long barrage of criticism and approbation for what I believed, that I taught it to my children and so on. Many times that week I made the same point – that I could cope with them consistently attacking the most cherished part of my self-understanding, and almost always with contempt. So why were they unable to cope with the same when it was expressed clearly but with no obvious malice?

I stick my neck above the parapet a lot and I get called a lot of names for it. Fair enough. But I’ve long learned that it’s just people letting off steam and that throwing insults around is the sign of a long-failed argument. So what is it about the gay thing that causes people to not only lose it but try to destroy those who won’t toe the line?

It’s almost a narcissism, this excessive need for the affirmation of others. It’s an inability to cope with any description of the self that isn’t utterly affirming. Sticks and stones may break my bones but names will crush me. But it’s more than that. Names may crush me so I must crush anyone who would dare to say that I’m wrong, that what I do is wrong. But only in this area.

So Izzy said that the gays were going to hell. I wouldn’t put it as crassly as that, not by a long shot. The Christian seeks to defend their hope with gentleness and respect (1Pet. 3:15) and wants to have all their conversation full of grace (Col. 4:6). As the dust settles there’s a need for those questions to be asked about how Folau went about things.

But what the hell, Australia? Are we really so fragile that we can’t cope with somebody saying “I think that’s immoral and I think God does too”? If that’s the case then we’ve got some corporate growing up to do.

Or are we actually only fragile in one particular area – sex? In which case we are in a real mess because it’s taken over. It’s an obsession, an addiction, an idolatry, that nobody is allowed to question.

Yes, Izzy might have found a million better ways to make his point. But he exposed something very broken and ugly about Australia in 2019 and we need to see it for what it is rather than blaming him for it.

For the Christian this should be chastening. We point people to Jesus but part of that communication is joining Jesus in calling for repentance of sin. For Australia’s sake (which was, I suspect, part of Folau’s motivation) we need to not lose courage to speak the truth when we need to.

It’s vital that we do because Australia really is going to Hell.

23 comments on “What the Hell, Australia?”