While attending the annual CMS NSW&ACT Summer School I had the opportunity to sit down and have a chat with the morning Bible study teacher, Gary Millar.

Gary is principal of Queensland Theological College and chair of the Gospel Coalition, Australia.

Over a great 30 minute conversation we talked about his journey to Queensland, preaching Jeremiah, how to go looking for Jesus in the Old Testament and a whole heap more. Make yourself a drink, sit back, and enjoy! 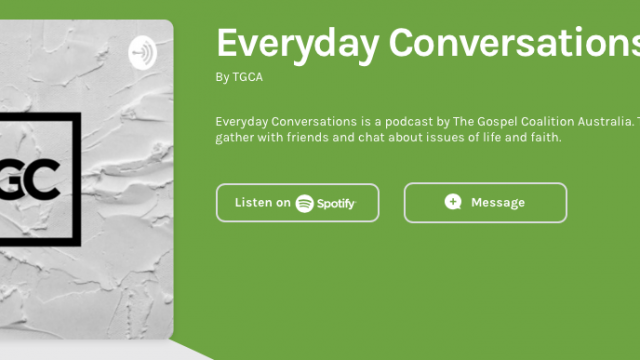 TGCA Podcast – What Preachers Can Learn from Teachers

Creating a Culture of Evangelism

9 comments on “Interview with Gary Millar”