If any of you have spent any time talking to Mormons you’ll understand the frustration of speaking to people with whom you share a vocabulary but have completely different meanings for those common words. It is, after all, understandable. If you want to invent a new religion based on an authoritative and clear text then the only thing to do is redefine the words and hope no-one notices that the words now bear no relation to their meaning in situ.

That’s why it’s always distressing when a supposedly Christian bishop does the same thing. Frank Griswold, the current presiding bishop of the ECUSA (think: Captain of the Titanic, “there’s no icebergs here. No, we’ll never sink”) has come up with this stuff titled, “An Intimacy with Scripture”.

I quote from the end:

Much has been said in recent days about the “authority of Scripture,” frequently in relationship to current debates in the life of the church about sexuality.  Passages of Scripture are invoked as weapons in order to defend various points of view.

Now, of course, the use of the word “weapon” here is perjorative. Don’t forget, us nasty orthodox types just use scripture as a “weapon” to enforce our bigotry/fears/inadequacy etc. The irony of his choice of words couldn’t be stronger, though…

I believe there is a better way.

Of course, at this point, let me remind the reader what Frank’s better way basically sounds like (going on past behaviour):

I believe that together we can find that way and move through the challenges of the present time if we invite the risen Christ, through the agency of the spirit of truth,…

Stop right there. What is Christ’s agency of truth? It is, of course, scripture which speaks the truth that Jesus told the Apostles they would be guided to. The early church affirmed this, making apostolocity the ground of the authority of scripture that those men wrote as they were carried along by the Spirit.

What Griswold wants to suggest, however, is that there is a “higher” truth. Something that scripture and the sacraments (whatever they are, because Griswold also has this helpful category of “sacramental” to indicate anything that he thinks is, well, good) are merely reflections of. More of this in a moment.

… to make himself known in the power of his reconciling love through the scriptural word and the enacted word of his sacraments.

Of couse, at this point you have to realise that ECUSA’s whole theology is built around the “sacrament” of the Eucharist (see the context of the article) where we all meet together, despite our disagreements. For ECUSA this coming together (read: “agreement” with all that that entails) is the heart of everything.

This is the truth for Griswold and everything else serves it.

If we allow ourselves to be pierced by the word in its various forms, we will undergo an expansion of heart and find ourselves drawn into an ever-deepening companionship with Christ, and thus with one another.

The problem, of course, is that this piercing by the sword, the word of God (which in the context of Hebrews 4:12 is obviously the Old Testament scriptures) divides. It doesn’t simply “expand the heart” so that we all agree with each other despite our opinions. Rather, it makes the following divisive claims:

Hebrews 4:1-7 Therefore, while the promise of entering his rest still stands, let us fear lest any of you should seem to have failed to reach it. 2 For good news came to us just as to them, but the message they heard did not benefit them, because they were not united by faith with those who listened. 3 For we who have believed enter that rest, as he has said, “As I swore in my wrath, ‘They shall not enter my rest,'” although his works were finished from the foundation of the world. 4 For he has somewhere spoken of the seventh day in this way: “And God rested on the seventh day from all his works.” 5 And again in this passage he said, “They shall not enter my rest.” 6 Since therefore it remains for some to enter it, and those who formerly received the good news failed to enter because of disobedience, 7 again he appoints a certain day, “Today,” saying through David so long afterward, in the words already quoted, “Today, if you hear his voice, do not harden your hearts.”

The word of God calls upon the people of God to decide what to do, whether to assume that they will enter the rest of God and simply carry on in disobedience or, alternatively, not just listen but act in faith/trust so that they may enter the rest. It’s a sword that cuts to the very division between soul and spirit. It doesn’t “expand the heart” but, rather, cuts through the heart.

But the sword that Griswold wants is made of rubber and jelly and gently taps everyone on the shoulder, dubbing them as “united” as long as we have “sacraments” together. It assumes the very unity that the actual word of God, the double-edged Sword, warns us only comes through faithful obedience.

And that’s why, at this very moment throughout ECUSA and the Anglican Communion in general the word of God is not uniting but dividing. It remains, amongst other things, God’s instrument to demonstrate who is His and who is not. And the cut is becoming more and more obvious. 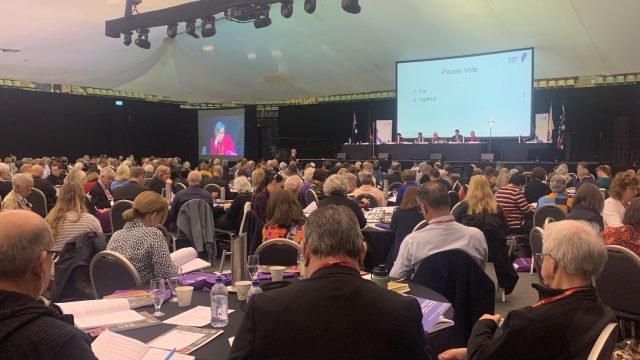 In the Dark on Dark Matter 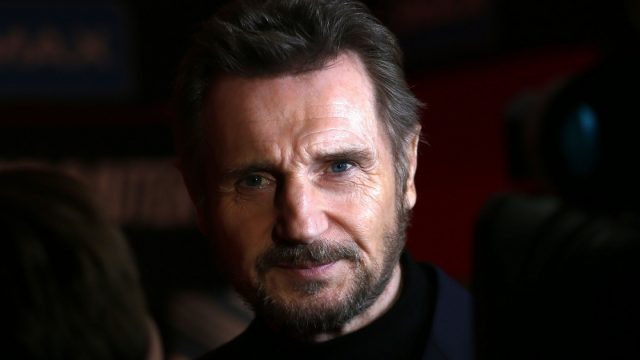 On Your Knees, Son – Liam’s Confession

12 comments on “Griswold does it again”