from the GAFCON site, this is the address of the chair, Archbishop Eliud Wabukala of Kenya.

The unprecedented challenges to Anglican identity forced upon us by the revisionist scriptural interpretation have in the mercy of God, given us an historic opportunity to rediscover the distinctive reformed catholicity of our Communion as shaped so profoundly by the witness of the sixteenth century Anglican Reformers.
Trusting God’s providence, we can be confident that in God’s own time He is putting right what has been going wrong, but He takes us up into His purposes and if we are to understand the implications of this crisis for the recovery and renewal of Anglican identity, we must first be clear on what sort of crisis it is.
We cannot treat this as simply an institutional crisis. The breakdown of the existing governance structures of the Anglican Communion is a symptom of a deeper problem. It is now generally recognized that the instruments of Unity eg. The Primates Meeting, the Anglican Consultative Council, the Lambeth conference… no longer command general confidence.

Since 2008, we have acted, perhaps not always as quickly or as clearly as we should, but there has been action. In accordance with the Jerusalem Declaration, the GAFCON primates sponsored the Anglican Church in North America as a new province and ceased to be in communion with The Episcopal Church of the United States and the Anglican Church of Canada. It is a cause of great joy to see that despite aggressive use of the courts and the loss of property which previous generations intended for the work of the gospel, the ACNA is far from being just a place of shelter for the wounded. It is dynamic missionary body which is growing remarkably through visionary church planting.

Last year, it became clear that provision need to be made for England too. The Anglican Mission in England was formed last June after four years of discussion with senior Anglican leaders in England had failed to find a way in which those genuinely in need of effective orthodox oversight in the Church of England could receive it.

This week we will apply ourselves to discerning the next stage in what it is the Lord requires. I hope that our taking counsel together will lead to action that will shape the future of the Communion in profound ways but as we pay attention to the great questions of theology and strategy, we need to be careful not to neglect the way we act towards each other so that there is a consistency and integrity to the identity we claim.

To do what the Lord requires will also take courage. These are things we need to attend to if the Anglican Communion is to recover its biblical identity. The challenges are indeed monumental and I think they can be summarized as follows:

1. We must keep the glory of God and the fulfillment of the great commission at the heart of the movement. We defend the gospel because we want to promote the gospel. GAFCON was launched as a rescue mission for the Anglican Communion, but that is because the communion itself should be a rescue mission. In particular we should be building global partnership to encourage evangelism and church planting.  We need each other, for instance the south can benefit from the experience of those in the North who have resisted and understand the dynamics of a western secularizing culture which is rapidly spreading around the globe. The North also can benefit from the Missionary enthusiasm and vigor which is characterizing the growing Churches of the global South. As a global communion we should be at the forefront of the work. We cannot be content for Anglicanism to be as a kind of chaplaincy to dwindling enclaves of those who have been left behind by the tide of history.

2. We should look to the pioneer the new wineskin of the global governance structures which will help and not hinder the task of evangelism. Four years ago the Jerusalem Statement spoke of the ‘manifest failure’ of the instruments of Unity in the Anglican Communion, and since then it has become entirely clear that these instruments have failed us. Orthodox leaders must now do more than simply stay away. We have to go back to the basic principles and develop new structures while remaining firmly within the Anglican Communion. We need to consider how we can build on the model of councilor leadership initiated in Jerusalem in 2008 with the setting up of the GAFCON primate’s council. Our communion has come of age and it is now time that its leadership should be focused not on one person or one church, however hallowed its history, but on the one historic faith we confess. There is added urgency to these concerns and need for creative thinking so that a pattern of global governance that is no longer fit for this context is not perpetuated by default.

3. We must resist the temptation to be theologically lazy. Our aim of a renewed, reformed Anglican Communion will not be sustained if we are unwilling to support and encourage those who are gifted to do the training and the theological heavy lifting so essential to give depth and penetration to our vision both within the Church and beyond it. We need to recover the vision of the Anglican Reformers, of ordinary believers knowing scriptures and being nourished by biblical teaching. Equally we need leaders, lay and ordained, able to give a robust defense of apostolic faith in the global public square. If we do not, secular ideologies which have so powerfully shaped liberal and revisionist Christianity in the Communion will tighten the grip. The Lord our God cannot allow it. He calls us to move on.

It goes without saying you should read the whole thing. pdf here.

In summary it’s a pivotal call to action. It sets out plainly the nature of the crisis and how we got here – the institutions of the Anglican Communion have failed – they could have sorted things out but key figures connived otherwise. They can no longer be trusted. In response, 3 priorities are set out: 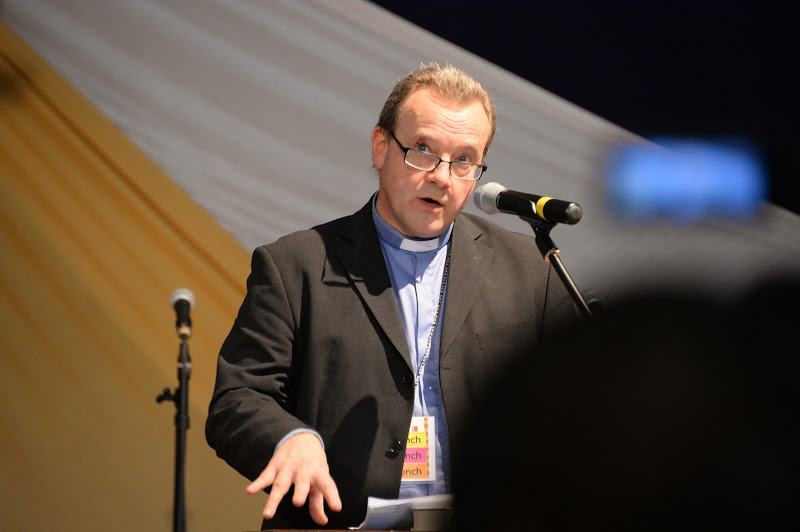