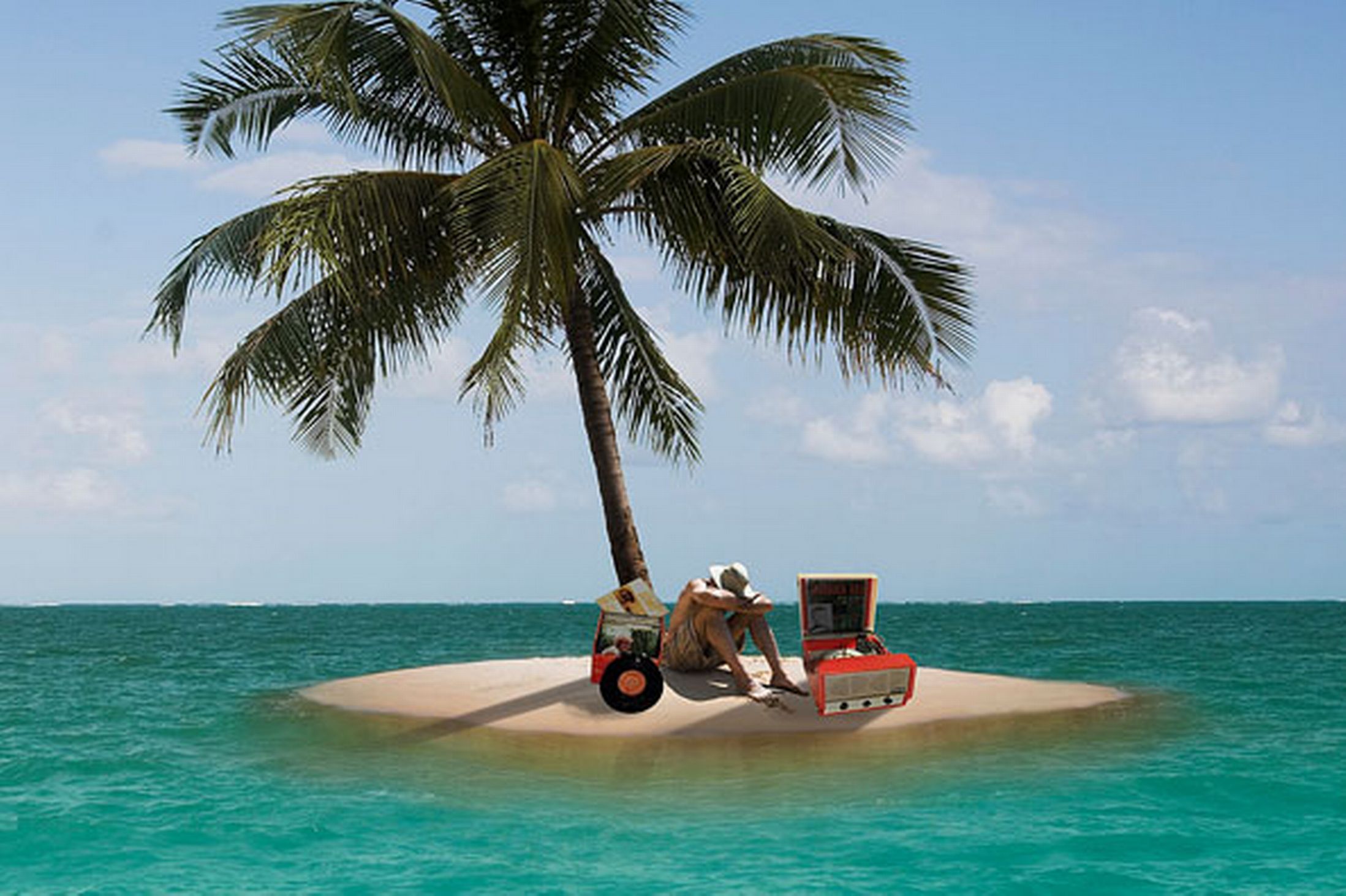 One of my favourite indulgences at the moment is a podcast of the very long-running BBC Radio 4 show Desert Island Discs. The concept is a simple one:

Each week a distinguished guest (“castaway“) is asked to choose eight pieces of music, a book and a luxury item that they would take if they were to be cast away on a desert island, whilst discussing their lives and the reasons for their choices.

Now that sounds like a great excuse for some music. There are so many pieces that could have gone in here (how is it possible not to include a great violin concerto?) but here’s a stab at pieces that I look back at with great fondness or which had the most impact upon me.

1. There must be an Angel (Eurythmics)

I first woke up to chart music on one of our annual car trips to Austria where my mother is from. It was 1985 and my brother’s tape of the Top 40 before we left had this song on it. It gripped me. It grips me even more now that I appreciate just how clever the whole thing is. The orchestration and writing brilliantly capture what it means to be in love and feel like someone is tugging at your heart strings. Love the arpeggioes in the background. Love the gospel choir that makes the bridge expand the already full song. And that’s all before the totally awesome Stevie Wonder solo…

2. James Last arrangement of Adagio from Mozart’s Piano Sonata no. 6 in F

I know what you’re thinking … JAMES LAST?! But hear me out. On the same car trips one of the most magic moments for me was driving up through the mountains in the last few hours before we arrived at my grandmother’s house. All the scenery was familiar and the soundtrack to all these wonderful moments was James Last Classics Up To Date volume 5. Yes, it’s cheesy. But give him credit where it’s due – this is a beautiful arrangement of a great second movement. He does magic work with the oboes. More than the music itself, this evokes memories of those trips, the beauty of the mountains around us and the anticipation of the holiday that was to come.

It was a real delight to me as I played the piano to discover the original – a piece I love playing:

The 80s was a great time of synth pop and while Erasure have to get props, the absolute masters were the Pet Shop Boys. It’s hard to go beyond their debut album Please where you  find their purest material such as West End Girls and Suburbia. To my mind everything afterward was trying too hard to be clever and even Actually, their second album (not counting the remix Disco) just wasn’t as solid. But it did contain the magnificent It’s a Sin. Love this stuff. Chris Lowe is a brilliant songwriter and his utterly impassive stage presence provides the perfect foil for Tennant’s obvious engagement with the music. At the time this just came across as a bit of “woe is me”. In hindsight surely they’re taking about the impossibility so many gay men feel over the ability to fit into society, particularly when there’s any religious structure. At the time I was oblivious to all of that.

If the Pet Shop Boys in any way serve to represent 1980’s synth pop then the KLF are everything that was exciting about the transition into dance and house (at least as far as I could tell). Great songwriting and fascinatingly intriguing imagery – they understood that music had become so much more than the music itself – there was a whole image to project and enhance. KLF did this magnificently, picking up images of ancient cultic myths and associated mysteries. To be caught up in the KLF was to be part of a secret society – a musical gnosticism. They did lots of great stuff, materialising first as the Time Lords and then pumping out hits like 3AM Eternal but their piece de resistance was getting Tammy Wynette to sing on the classic Justified and Ancient. Talk about not taking yourself seriously at all but being totally serious about what you do. As I was getting to be a proficient pianist myself I understood more and more what great songwriting was – I certainly couldn’t do it myself but I recognised it when I saw it. The KLF captivated me.

As well as all the modern stuff I listened to a lot of classical. One piece that captivated me was Scheherezade, Rimsky-Korsakov’s musical rendition of the famous One Thousand and One Nights saga. Personally, I prefer the Baroque and Classical periods but this is just sublime. Each of the 3 movements captures a different key theme of the Arabian story. One moment I would listen to 90s house and the next would be transfixed by 19th century late- romanticism. My original recording was a cassette tape that came as part of a magazine devoted to putting the Classics into people’s loungerooms. They succeeded. Here’s the whole piece. Well worth listening to in your own time.

Growing up learning to play the piano I wonder if for many of us a dream is to play with an orchestra. But if you had the choice, what would you play? Mozart has a number of beautiful pieces but, surely, nothing can come close to the Emperor. From the first opening arpeggios you’re transfixed. I keep coming back to this piece again and again (my recording of Evgeny Kissin is near perfect). Here’s the great Vladimir Ashkenazy (whose autograph I still have!) knocking it out of the park…

I wanted at least one piece of music to point directly and clearly to the Lord Jesus Christ. But which to pick? There are so many wonderful contemporary artists that I love listening to. Michael W. Smith is a favourite. Michael Card is a magnificent songwriter and performer. Mercy Me’s “I Can Only Imagine” is stunning and I’m a big fan of the Newsboys. That’s just the start. But I was singing Christian music long before I was listening to it. And long before I actually understood what I was singing. Growing up I sang as a choirboy at our local parish church and really enjoyed it. Best of all was Christmas time and the wonderful Christmas carols. And with carols came descants. Best of all, to my mind, is Wesley’s Hark the Herald Angels Sing with the famous descant by Willcocks. Wesley originally wrote it as a hymn for general use but it has since been appropriated for Christmas. It speaks to the greatness of Jesus, exemplified not least in His humility – setting aside His glory and coming to die. And the descant has a top F. Can’t get those any more.

Jacqui and I danced to this on our wedding day and I sang it to her at our wedding celebrations in Singapore. Oyshters. Perfect.

As well as the 8 discs (and, I assume, something to play them on) each stranded islander gets the Complete Works of Shakespere, the Bible (KJV) and choice of a luxury and another book. Those are hard choices. Sometimes I think I’m surgically attached to my computer but I sense it wouldn’t be much use to me on the Island. I’m more than happy with my Bible but some good fiction wouldn’t go astray. May 1001 Nights to go with the music?

As for a luxury, if possible I’d love my roaster, espresso machine and a sufficient supply of coffee plants to provide the necessary green beans. Either that or my favourite picture of my family. This one: What about you? If you were stranded on the Island what 8 discs would you take? What book and what luxury? And why? Over to you all. 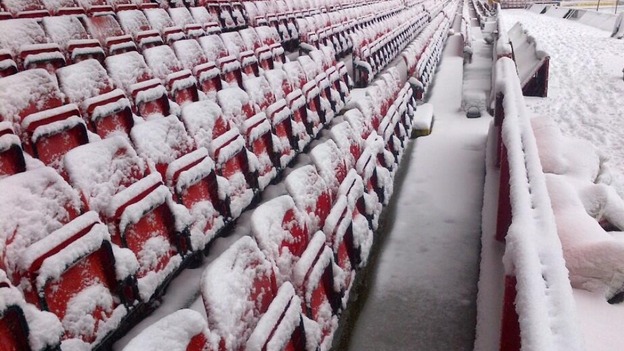 Page CXIV - Be Still My Soul