There have been various interests and concerns expressed about the absence of some Global South Primates at the forthcoming Dublin Primates’ Meeting.
Where these Primates are concerned, arriving at such decision was not a sudden or knee-jerk reaction. Both before, and more so after, The Episcopal Church has once again proceeded, against widespread appeals and warnings across the Anglican Communion, not least from the Archbishop of Canterbury himself, to consecrate an openly lesbian Mary Glasspool as bishop. The concerned group of Global South Primates had communicated very clearly with the Archbishop of Canterbury, especially those who were present at the All African Bishops’ Conference (Entebbe, Uganda Aug 2010), in a private conversation with him. They have indicated that it would be extremely difficult – and in fact, quite pointless – for them to be present at the planned Primates’ Meeting 2011.
Unless and until there is unequivocal commitment to honour the agreed basis of Lambeth Resolution 1.10 and implement the decisions of previous Primates’ Meetings (2005, 2007, 2009) expressed in the respective Communiqués, especially that of Dar es Salem 2007, it will only lead to further erosion of the credibility of the Primates’ Meeting and accentuate our failure to honour the work already done by them.
What is most disturbing and difficult is that given the intractable miry situation the Communion is already in and being further driven into, there was hardly any timely and intentional prior consultation and collegial engagement of all concerned (or at least as many as reasonably possible) in preparing for the Meeting to ensure certain degree of significant and principally legitimate outcome to hold and move the Communion together. In light of the critical importance of the Meeting, the preparations are gravely inadequate. As it stands, the Meeting is almost pre-determined to end up as just another gathering that again cannot bring about effective ecclesial actions, despite the precious time, energy and monetary resources that Primates and Provinces have invested in attending the Meeting. This, most Provinces could scarcely afford. With the disappointingly lack of serious transparent planning and leadership beforehand to prepare the Primates for a genuine meeting of minds and hearts to face the very real and obvious issues before us, it will be strenuous to expect any significant, meaningful, credible and constructive outcome of the Dublin Meeting.
In the light of these concerns, these Primates have actively urged a postponement of the Meeting until adequate ground work has been done, which they would be most ready to contribute, hopefully, with input by others as well.
Therefore, it is with great sadness that some Primates have arrived at the decision that it is not right for proper for them to be present at the Dublin Meeting.
This stance is in fact an expression of Global South Primates’ commitment to continue to be constructively and responsibly engaged in the apostolic life and witness of the global Anglican Communion. 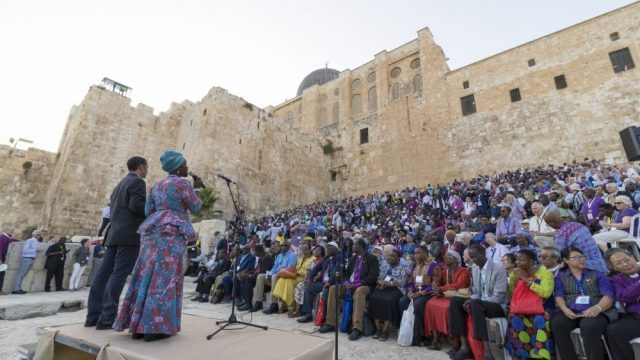