I often bemoan the lack of integrity these days. People don’t ever seem to resign in the way that they previously did, over matters of principle. Must be something to do with the way that so many walk around their fingers crossed half the time. Not this guy…

THE vicar of Llangibby has resigned so he can speak out over the need for a full debate on same-sex marriages.

Reverend Andrew Morton believes the Anglican church should allow gay marriages, but said some elements of the church are “homophobic” and see it as “the work of the devil.”

But, whatever people’s views, Rev Morton has become frustrated by the UK Government’s failure to engage with church groups in its consultation.

He said:”There are very strong views on both sides and people shouldn’t feel constrained on what to say. I’m taking a punt by resigning, but I want to say things my oath to the Church in Wales won’t allow.”

The rest of it contains much of the usual story and debate over this issue. But did you spot that? A man of integrity!

And so while we do not agree with his view on this matter, I hope you stand with me and applaud his integrity! Makes quite a few bishops look (how shall we say this?) positively lacking in consistency, doesn’t it?

been a while since I posted something like this… 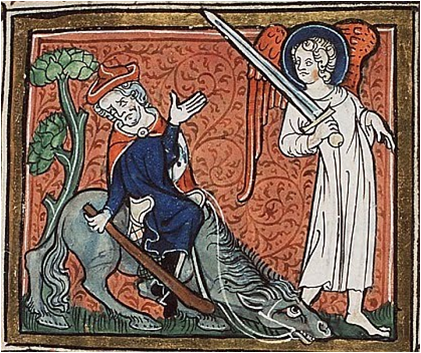