I've been thinking a little recently about what it means to respond to grace, claim forgiveness and then to speak to others of that grace.

There's a tendency amongst some to claim that God's forgiveness in Christ means that they simply don't have to talk about the past any more. In one sense that's true,

Romans 8:1 There is therefore now no condemnation for those who are in Christ Jesus.

We never want to stop affirming that. Over the past few weeks I've had the great privilege of bringing that wonderful news to some people who, by the world's standards, have blown even possible chance of redemption. Instead they've heard that Jesus Himself redeems and does so completely.

But then I come across others who use grace as an excuse to pretend that the past never happened and not to face up to the situation as it stands. They rail against those who call them to godly responsibility and claim that they are, somehow, denying grace. They are, perhaps, those that Bonhöffer had in mind in The Cost of Discipleship when he famously wrote,

Cheap grace means grace as a doctrine, a principle, a system. It means forgiveness of sins proclaimed as a general truth, the love of God taught as the Christian 'conception' of God. An intellectual assent to that idea is held to be of itself sufficient to secure remission of sins…. In such a Church the world finds a cheap covering for its sins; no contrition is required, still less any real desire to be delivered from sin. Cheap grace therefore amounts to a denial of the living Word of God, in fact, a denial of the Incarnation of the Word of God

Cheap grace is the preaching of forgiveness without requiring repentance…

What is intriguing is that proponents of this cheap grace never want to talk about their past.

Not so this man…

1 Timothy 1:12-16 I thank Christ Jesus our Lord, who has given me strength, that he considered me faithful, appointing me to his service. 13 Even though I was once a blasphemer and a persecutor and a violent man, I was shown mercy because I acted in ignorance and unbelief. 14 The grace of our Lord was poured out on me abundantly, along with the faith and love that are in Christ Jesus. 15 Here is a trustworthy saying that deserves full acceptance: Christ Jesus came into the world to save sinners– of whom I am the worst. 16 But for that very reason I was shown mercy so that in me, the worst of sinners, Christ Jesus might display his unlimited patience as an example for those who would believe on him and receive eternal life.

When the Apostle Paul understood grace it caused him not so much to clam up about his sinful past but to speak boldly about it. Not because he revelled in it but because, having truly understood grace, there was every reason to speak about his sin – he was no longer ashamed but rather had an opportunity to speak clearly about the grace of Jesus. Without freely talking about his past he had no way of expressing how immense the grace of God actually was.

Al Mohler had something similar to say when he addressed the 2004 Desiring God conference. The topic he was discussing was homosexual behaviour but the general principle he describes stands…

An analogy might be useful at this point. Consider a man who has sinned by driving under the influence of alcohol. One night, sinfully drunk and recklessly irresponsible, this man gets into his car and drives it right into a wall at high speed. His body is broken, but his life is saved as he is taken to the hospital and receives emergency treatment. He recovers from the accident, but he will forever walk with a limp. Throughout his life, he will drag an injured leg, which can heal to a point, but will never be fully restored.
Let us follow this man as he comes to faith in the Lord Jesus Christ. He becomes a wonderful trophy of God’s grace, as the grace of God transforms him, reordering his affections right down to the fact that he gains victory over alcoholism. Regeneration has produced a new man, even as sanctification is demonstrated in his growth in grace. Old things have passed away and behold all things have become new (2 Cor. 5:17)—but he still walks with a limp.

The work of the Holy Spirit in his life is evident, even as his limp continues as a part of his experience. He will limp all the way to the grave. He has become what only God could make him as a demonstration of God’s glory in the salvation of a sinner. But until the day of his glorification, this man will limp.

That limp does not become a disqualification for this man’s ability to display the glory of God. As a matter of fact, he may begin to see his limp as a way of explaining to people, “I want to tell you who I was in order to tell you who I now am by the grace of God. You see, this limp is a part of my story. I do not exult in this limp, but this limp is an important part of telling my story about how I came to know the Lord Jesus Christ and how he changed my life.” 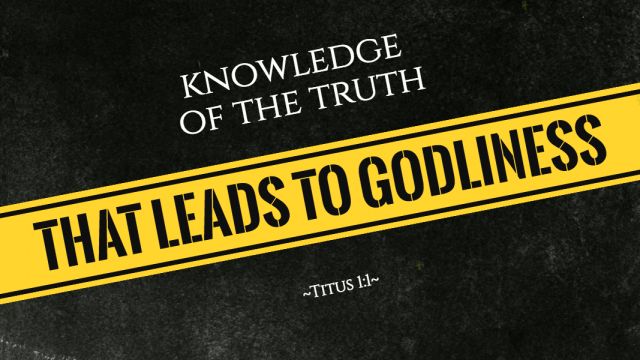