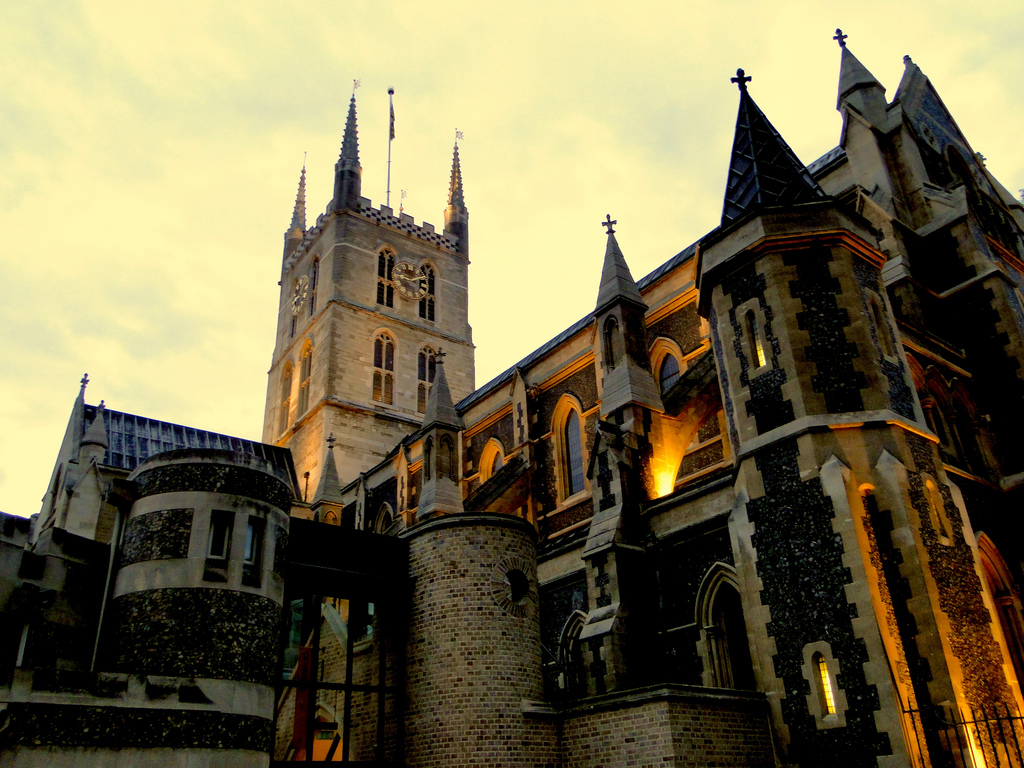 Trouble may be brewing in Southwark. The Diocese, long regarded as a bastion of liberal theology in the Church of England, is coming under increasing pressure for it’s refusal to back away from revisionism. More widely there is a great deal of unhappiness amongst all theological stripes. The neighbouring Diocese of London is growing, yet just south of the River Thames, Southwark is having to lose 1 in 10 clergy. Something’s going wrong somewhere.

I understand that the Bishop, Christopher Chessun, recently met with a group representing a substantial number of concerned clergy and laity who expressed a number of concerns to him, most notably the prevelance of partnered gay clergy in senior leadership positions in the diocese, contrary to current Church of England doctrine and practice. The Bishop has refused to change course.

A source close to the events in the Diocese told me

Jaws were literally dropping during the Diocesan conference at the latest senior appointment of someone who is in a same sex relationship. Clergy and wardens are very angry.

Appeals to Lambeth Palace have received a reply (which I have been shown a copy of) stating that the Archbishop of Canterbury, Justin Welby, “has set his course on the facilated conversations route”. This is unlikely, according to my well-place source, to make anyone cheer up,

People are fed up of talking. It’s a war of attrition. Bishops have gone from guardians of the faith to referees … Since when was that change of role agreed?

Where to from here? It appears Archbishop Welby’s plans for “reconciliation” are dead in the water in the diocese where they are most needed, before the process has even begun. Confidence in the process is certainly very low and I’m told there is a “it only ever goes one way” realisation amongst the orthodox.

I understand concerned conservative leadership are reviewing all their options. We’ll try and keep you updated.

6 comments on “A Storm is Brewing in Southwark Diocese”