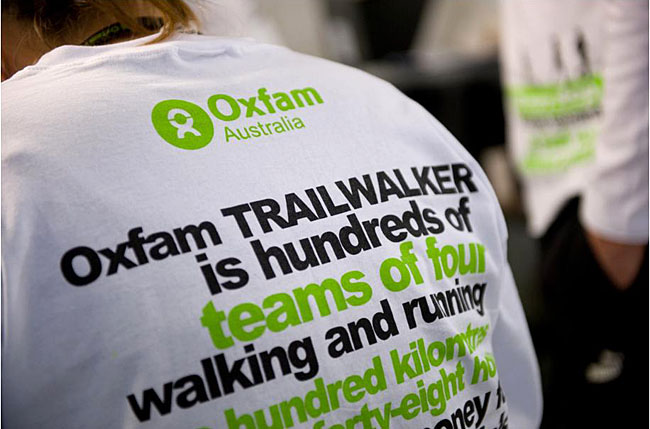 Every year Oxfam Australia have a 100km Trailwalk to raise funds. The Sydney event begins tomorrow. Teams of 4 people complete the whole trail, hopefully within the 48 hours.

No, I’m not doing it but I know 4 people who are – a group of trainers from my gym, Beyond Exercise Studio, including my own trainer Luke Dorizas.

Simply put, they need as much cash as possible so here’s what you do:

Easy. 4 fit trainers, 100km, your wallet, money raised for those in need. You know what to do.

And here’s what Luke had to say:

Finished oxfam! 30 hours, all completed no injuries. Thanks to everyone for donating and support – off to relax now for rest of weekend!

@davidould got the headlamps going! Everyone feeling good over half way nearly at st Ives now

2nd checkpoint reached – stocking up on some food before continuing – 28.5km completed!

About to start oxfam here we go!

and the team in the middle of the night…