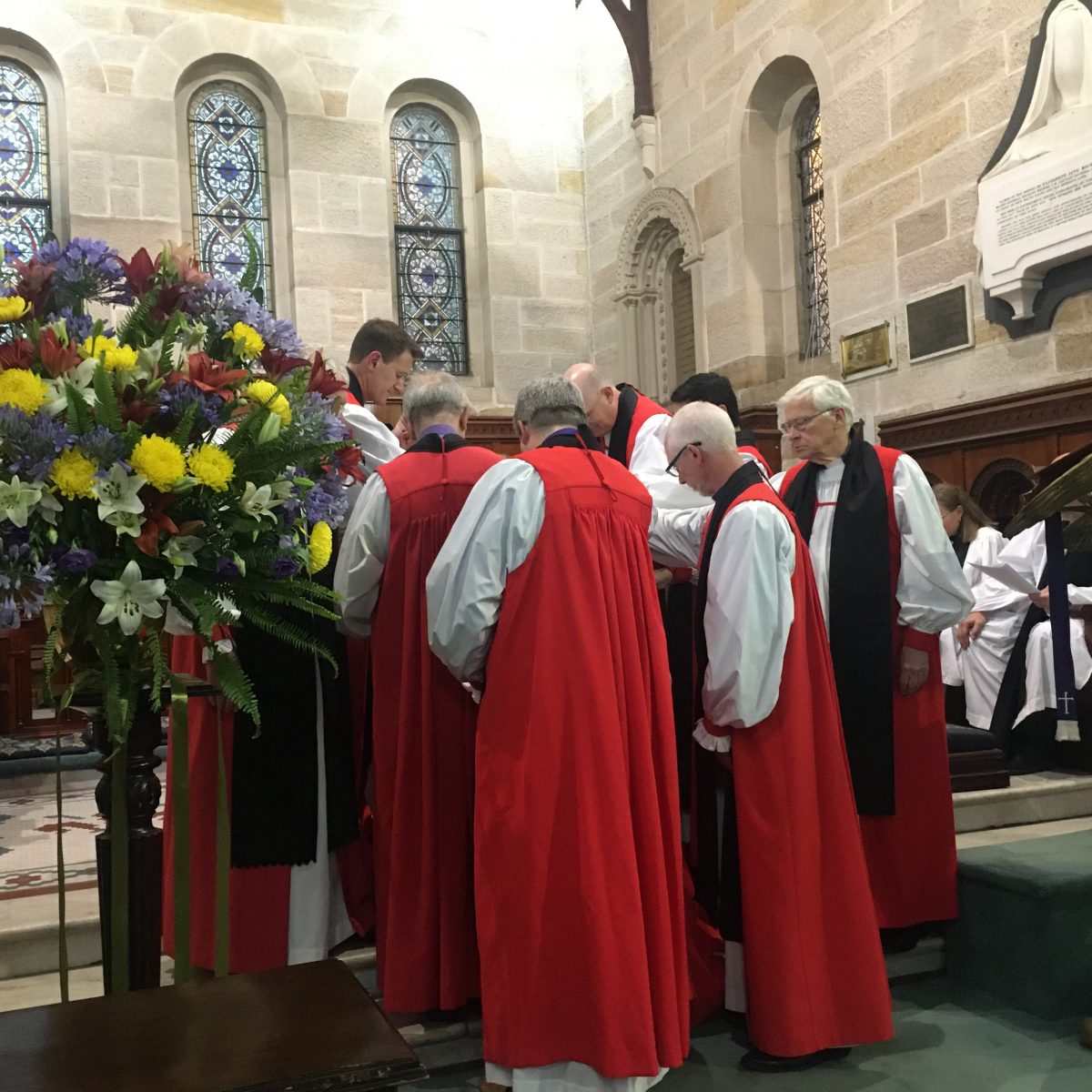 Yesterday evening saw the consecration of Gary Koo as the new bishop of Western Sydney. The event took place at St John’s Anglican Cathedral, Parramatta (the home of davidould.net and the seat of the new bishop). Bishop Koo will be taking over the role of regional bishop from outgoing bishop Ivan Lee, who recently announced he was stepping down to manage his ill health and take on a role encouraging church plants.

As always, the consecration took place with a number of bishops from within and without the diocese, however the packed cathedral wasn’t quite full.

davidould.net understands that the Primate objected strongly to the presence at the consecration of Bishop Jay Behan of the Church of Confessing Anglicans Aotearoa New Zealand.

So great was Archbishop Freier’s objection that one assistant bishop from Freier’s diocese, Melbourne, was told not to robe, process and be part of the consecration. He was seen, instead, sitting in the congregation. davidould.net also understands another assistant bishop from a metropolitan diocese chose not to even attend under similar pressure.

Archbishop Freier’s objection to the presence of Bishop Behan is in direct contradiction to a motion passed by his own synod only a few months ago, which voted to approve the following:

davidould.net spoke to a senior member of clergy in the Diocese of Melbourne who described Archbishop Freier’s actions as “not very welcoming, really, is it?!”

Readers of davidould.net will have to make up their own mind on whether Archbishop Freier’s decision would leave bishop Jay Behan assured of his love and prayers. The majority that voted in favour of the motion may also take an interest in their Archbishop’s rejection of the position of synod.

Archbishop Freier is yet to make any public criticism of the decisions by the dioceses of Wangaratta and Newcastle to approve a liturgy for the blessing of persons in a same-sex marriage.

a reader of davidould.net has noted in a comment to this story that the Primate is still happy, the day after Koo’s consecration, to be seen alongside 2 well-known proponents of changing the doctrine of marriage. So, orthodox bishops upholding the teaching of Jesus on marriage are to be shunned, those who oppose it are to be endorsed….

10 comments on “A new Bishop in Sydney, and a Primate who defies his own synod”